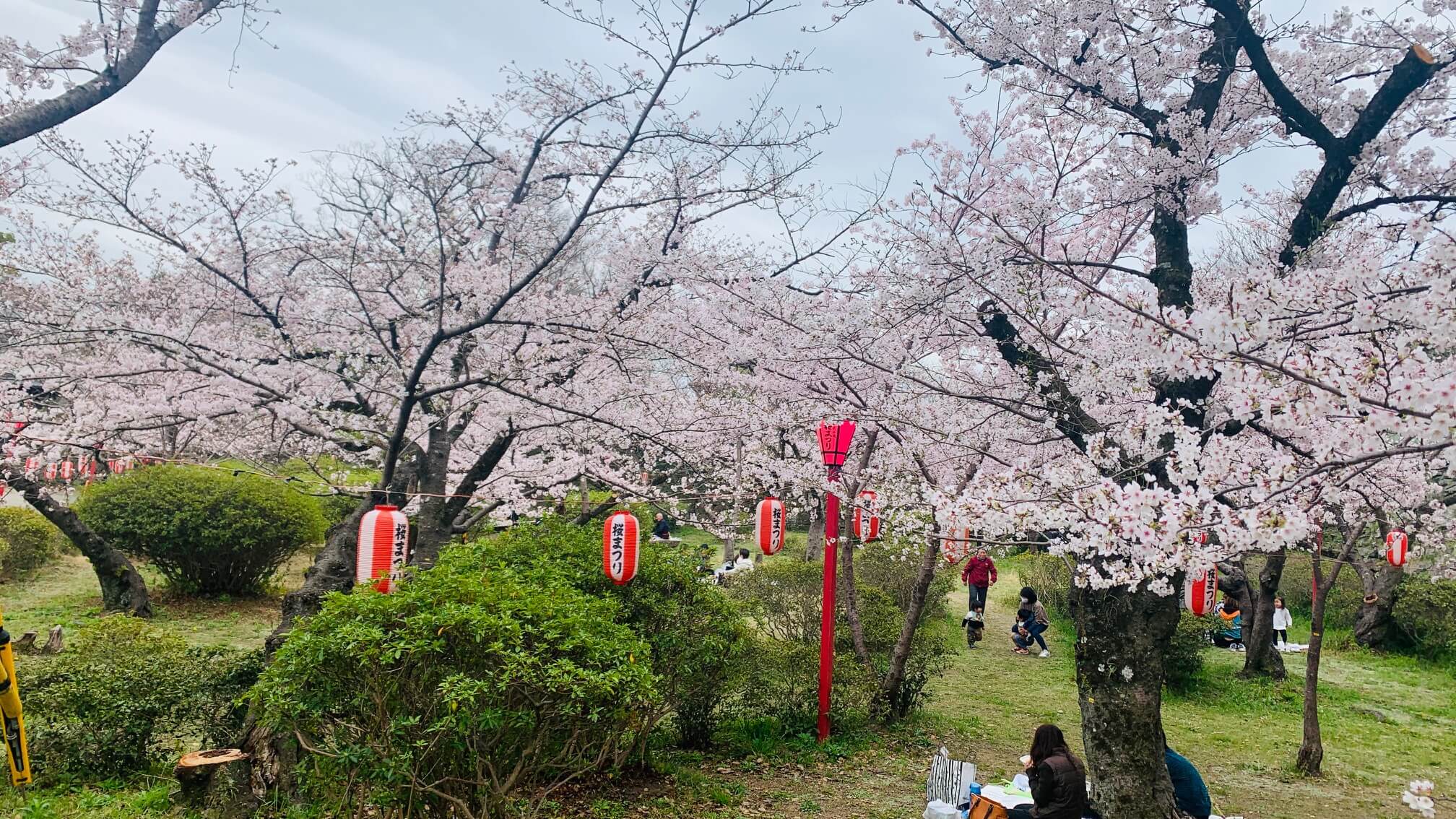 In 2023, the City of Richmond will celebrate the 50th anniversary of its sister city relationship with Wakayama, Japan. Ahead of the milestone occasion, here’s some information about how the cherry blossom season is celebrated in Wakayama.

In the city of Wakayama, there is no one festival dedicated to the cherry blossoms — instead, it is celebrated on a daily basis, as part of people’s everyday lives. The cherry blossom season is considered a time of new beginnings: April is not only when the academic school year begins, it is also the start of the fiscal year in Japan. Cherry blossoms are associated with graduations, new jobs, and new growth.

In addition to parks, Wakayama residents will traditionally visit shrines and temples to view the cherry blossoms. Oftentimes, a traditional song called “Sakura” can be heard as background music at these sites. Prior to the pandemic, the song would be played on traditional instruments in live performances, such as a koto, or Japanese zither.

Listen to a rendition of “Sakura” as performed on a koto

Families, friends, and couples will pack hanami bento to eat under the trees. Hanami means “flower viewing,” and a bento can include any number of foods: from sushi to fried chicken, rice cakes to salads, or fresh fruits like strawberries.

Because the blossoms draw such food-loving crowds, parks are typically  filled with delicious food vendors. In the past decade, Wakayama has seen a new type of festival appear: 全肉祭 (all meat festival). Local restaurants and chefs prepare meat-centric dishes like takoyaki (octopus balls), a popular snack made with a flour batter and filled with diced octopus, pickled ginger, and green onion.

Outside of the city, across Wakayama Prefecture, others celebrate the season with cherry blossom festivals and by following traditions that honour the metaphor of life that the flowers represent. Fishermen and farmers in particular celebrate the coming of spring and the renewal of life — for them, it is the start of a new season.

The Richmond Cherry Blossom Festival celebrates the 255 Akebono cherry trees in Garry Point Park, but there are countless varieties of blossoms found all over the world.

In Wakayama, there are two main varieties. The most common is the Somei Yoshino, which has a slightly almond-scented fragrance, and pale pink flowers that fade to white as they age. This variety is easy to grow and has been exported from Japan to around the world — today it is one of the most popular and widely planted cultivars.

The second variety found in Wakayama is Shidare-zakura, also known as the “weeping cherry tree.” This tree is characterized by its drooping branches, similar to a weeping willow, and features rich pink blossoms held in clusters.